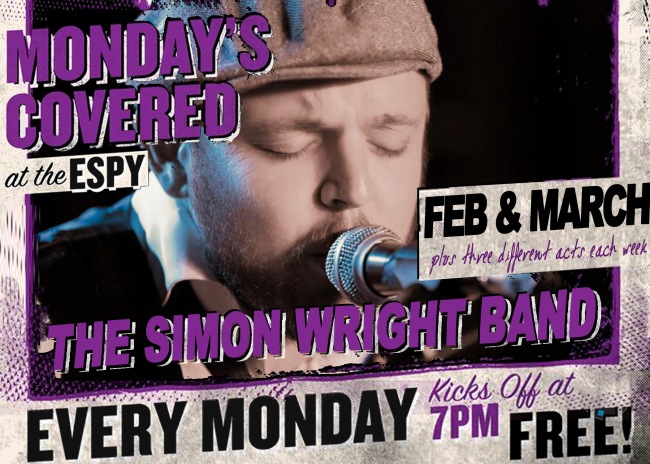 The Espy is one of those places that is so set in stone in the Melbourne scene you almost couldn’t imagine one without it. It’s a place that all the young bands wanna play at, when they are old enough. I can still remember my first gig there. I thought I’d made it… till I played the show to a room of about 12 of my closest friends and family. Since then I’ve been lucky enough to experience many of the experiences the Espy has to offer and Monday nights is a good one. The PA is big, but it’s not turned up so loud you cant have a conversation. There is a good bunch of local and traveling crowd but not so many that you can’t get a beer. And there is good music on for free.

I’m gracing the stage every week for February and March. For the first three weeks its just me solo with my new loop pedal showin off a few new tricks, then every week after that I’ll be showcasing what the boys and I have been up to in the band.

Each week we will be joined on the bill by three other acoustic oriented acts playing original as well as reworked covers. First act is on at 7pm we go on stage at 10pm. Espy front bar St Kilda. Free Entry.

UPDATE: March 10th Monday’s Covered will be held in the Espy Basement.