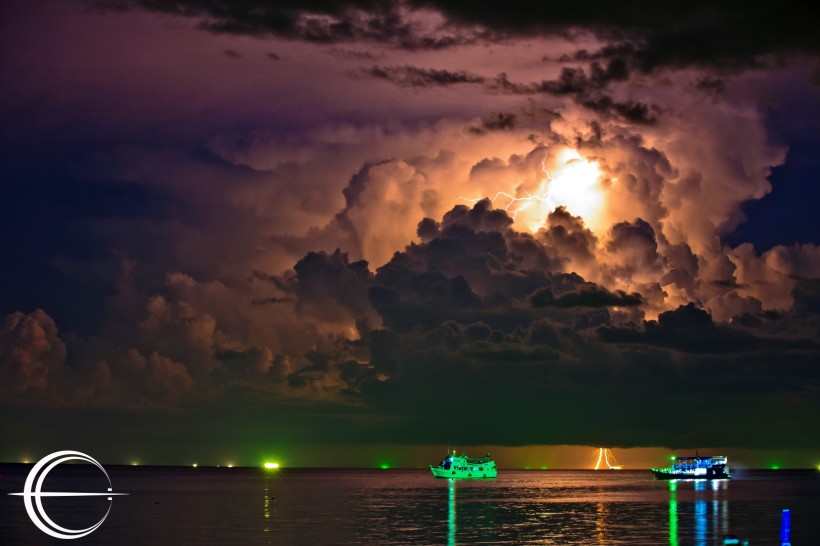 A few people stared at me when I told them I was going to a small island in Thailand for a month. “Oh, make sure you go inland. Go see temples. Elephants! Don’t support elephant cruelty. Eat street food. Don’t eat street food. Have you packed enough clothes? Everything’s cheap there! But not that cheap. Don’t get ripped off. Hide some money in an inner thigh wallet. Don’t go down dark alleys. *and so on and forth*”

I have traveled a lot in my years on this planet and I made this decision, to be ‘stranded’ on a small island, very consciously. I cannot drive or ride my own vehicles. I can’t just saunter down the road and converse in broken Thai/English. No, what I wanted here was to sit down somewhere else and watch. Learn. Get to know the little things about one place instead of being in that strange frenzy one gets when travelling – the need to jump from place to place, to take selfies with the famous or not-so-famous symbol/monument/shrine of that place, to sample the local delicacy (or in some cases, non-delicacy) and in a sense, to lift your leg and splash your mark onto as wide an area of territory as possible. I should know, I’ve been in its grip before. Sans the selfie thing, I detest them.

I’ve been on Koh Tao for three weeks now. With one more to go. Sairree, one of the three ‘towns’ of the island is lovely. I stayed at the Banyan bar for the majority of this time and have slowly started to get to know a few locals. There’s ‘smiles’, the western guy that works at the bakery next door. You honestly have to try their pastries stuffed with pumpkin, spinach and cheese or the ham and cheese – they’re to die for! He, despite a missing tooth, always has a beam for me and a chat.
There’s the person that runs the healthy breakfast bar stand out the front of Banyan of which I have never been able to work out what gender he/she is. That doesn’t matter, after a few days s/he warmed up to me and now every morning I walk the 15 meters to get my breakfast smoothie or bowl of fruit and exchange ‘Good mornings’.
There’s Maria, the Asian descended, widely traveled woman who works at the Serenity Bar who can spell in ASL (American Sign Language) and thus established a bond the day I stumbled, sweating heavily, into that little place on the top of a practically vertical driveway that is at least 100 meters. That trek up nearly killed me with the kilos of camera gear on my back!
Fernando ‘Nando’, the manager of Fishbowl and instant fan of my photographs who is perennially trapped in the corner of the bar being surrounded by adoring suck-ups probably trying to get a free drink and patron of Simon’s music.
Over the road there’s a superb, cheap place to eat called ‘Orange’, run by what seems to be a husband-wife combo. The little dude, once his hair goes white, is going to be the epitome of what a ‘wise sensei-san’ looks like, perfectly unkempt little goatee and a shock of hair on his head.
There’s the tattooed Buddha with a ponytail just down the road past the seven-eleven that rented out a couple of bikes to my friend and I wave at him every time I go past.
One lean and mean, clean-shaven old Thai dude called Ali runs a crepe cart just outside the seven-eleven. He’s quite amusing to watch as he does his ‘performance’ with each and every crepe, jerkily yet smoothly smashing the dough onto the steel, stretching it, tossing the waste out the other end into a strategically placed basket and just doing his job day in and night out. He’s always there. He never smiles on the job. Lately, I’ve noticed a new person there, looks like he’s handing over the cart to him.
There’s a woman in the money exchange cubicle just up the road from that cart who I have mentally called ‘Vain Dreamer’. She always has a heavy coat of makeup on and always looks bored with a faraway expression on her face. I wonder what her dreams and goals are. I hope she achieves them.
Moon-face owns one of the taxi boats on the beach. He smiles a lot as he handles his boat with superb skill through the shore reefs and out into the sea. He is never late to pick us up from whichever beach he has dropped us off.
Banyan is owned by Brian, a blue-eyed windswept hair guy. There have been some huge nights there but he never fails to turn up around midday and never seems the worse for wear. 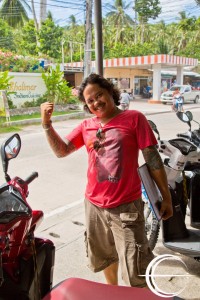 These people and many many more I’ve begun to know. Perhaps not personally but their faces are inside my library now.

And then there’s Simon and Hannah.

I’ve known Simon since I was a teenager in high school. Over the years I’ve watched him blossom as a musician and the way he pours his heart and soul into every gig he does. The highs and lows. Over the years he and I have had many debates over a few drinks into the wee hours of the morning about music, why is this better than that? How can you justify that? What IS great music? In this respect I see him as my sensei and me as his kouhai. I hope I have given him fresh perspectives on music from someone who will never experience it in all its wonder and glory. He certainly has given me a lot.

When I arrived, I was presented with the most incredible sunset and then a lightning storm. The next night there was a massive water spout and several little ones on the horizon and some more lightning.
There have been crystal clear days and monsoon torrents. The sand is almost pure white and the water crystal clear. Weather changes here when it decides to and in many ways it can be slightly overwhelming, the island bends with the weather instead of trying to fight it.

This place reminds me that I am simply living on this planet. No matter what I may do, she has the final say.

I have seen thousands of fish and coral formations, some of which have colours I simply cannot describe. Some I would have said only exist when there’s blacklight present. Rainbows. Dancing ripples on the bed. Swarms of fish that you usually only see in documentaries. Mini-me sharks. If I didn’t have my snorkel and swimmers on, I would almost feel like Robinson Crusoe, stuck on a deserted island that has been almost untouched by time and man.

Palm trees everywhere, butterflies sparkling their ubiquitous zig zag along, birds zapping past, insects everywhere, geckoes being ninjas and one solitary huge bird circling overhead as the sun sets. Coconut carcasses slowly rotting their nutrients into the soil. Tropical flowers advertising their beauty where-ever you look, some very familiar and some not. 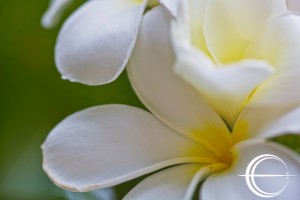 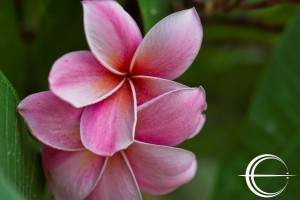 Then you walk down the ‘main’ road, watching the tourists, farangs, stumble around oblivious to the scooters hurtling past them. On the road, the car is king. Everyone parks where-ever they like except right on the middle of the road. It really interests me how when you remove the rules, there is still order in the chaos. I have yet to see anyone run over which in itself is a miracle. Or maybe not. You do need a lot of trust in others here.

I was fortunate enough to be here for the annual Koh Tao festival which runs for two days and nights. For a small island, they sure went all out! The main stage was huge. HUGE. I had just moved into a cabin right next to the sand on the beach a short walk ‘opposite’ the paddock where this festival was held. It was all fun until I stumbled home at about 11.30. Just to clarify, I’m completely Deaf. I can’t hear anything at all. I was kept awake until 4am, the hard spring coils of my mattress and the wooden cabin perfectly amplifying the roar of the enormous speakers from the main stage. Seriously, for me this was certainly an unique experience, being kept awake by thermonuclear explosions of beats over half a kilometer away. The next night I wisely decided to get slightly smashed and that did the trick, I managed to pass out at 2am. 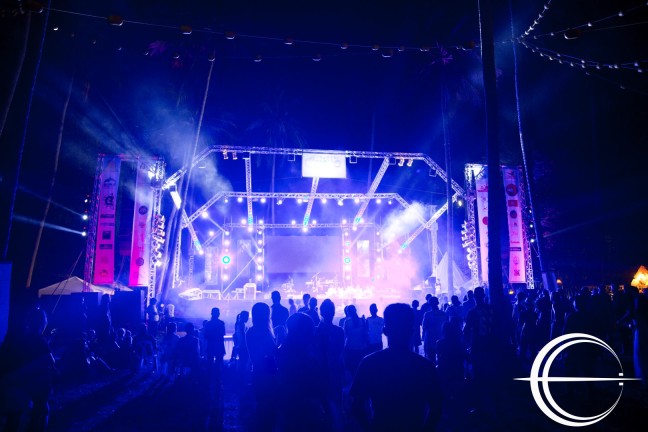 At night, the island lights up. There’s thousands of lights and colours. On the beach you can see fire being twirled out the front of various bars. The horizon is speckled with the lights of fish trawlers. Music is everywhere then. The drinks flow ceaselessly and the smell of food is rampant. 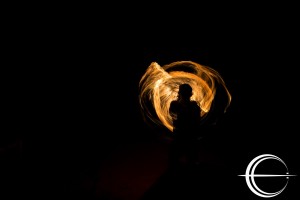 Smells pervade Koh Tao. As a person brought up next to the sea, I recognise the smell of salt in the air. It’s kind of the base ingredient upon which every other smell is based on. Some of the scents are beautiful, Thai cooking, kaffir lime, fried food (of which this island abounds in) and massage oils.
And then there’s the stench. Dead fish on the streets, rubbish, burning garbage, stale alcohol and cigarette smoke as well as open sewers.

All these things and more creates a Pollock-esque mosaic that is at once instantly recognisable and ultimately unforgettable.
Once you’ve been in South-Eastern Asia, when you go back you know. It just is.

And that’s really all one can say about Koh Tao. It just is. I’ll be back. 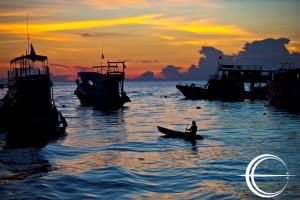